Let’s start with the next installment of Chapter 1. For those of you new to the blog, the first installment appears in the previous blog post. We left off where an injured and confused Martha cannot remember exactly who she is, where she is, or anything much about her past. She does remember her name and when she sees an envelope with it on the small table next to her, she picks it up and begins reading.

4 July 1854
My dearest daughter,
Martha immediately recognized the handwriting. “Papa,” she whispered, as the warmth of home reached out to her and as if by magic, her papa’s twinkling blue eyes smiled at her.

This letter comes to you through a trusted friend. I write it without knowing if you are safe, where exactly you are, or even being able to scribe your name or the name of the other I fret over.

The other. The fuzz in her head cleared slightly. Jake. She remembered her younger brother, Jake. Where was he? In a panic, Martha pushed herself to her feet. The room spun around and she promptly sat down, tilting her head forward onto her lap. As her dizziness eased, she saw an image of her and Jake running away from something bad. But what? She picked up the letter again, hoping it would give her the answer she needed.

Squinting to keep the print in focus, she read on:

As has been so for almost your entire thirteen plus years, we live with secrets and lies, hiding the truth from a world racked with the abomination that is slavery. The result is before us now. Separation and hardship and who knows what else. It grieves me that I cannot be with you now to return you to your normal life. In truth, I do not know when that day will come, although I hope it will be soon. Currently, it is far too dangerous for you here at home. So, I have given our friends permission to take you to a safe place.

Rest assured, everyone here is toiling with all our might to rid the evil from this place. And we shall succeed. I am sure of it.

Martha’s eyes welled up with tears. She had never been away from her parents before she left home just a few weeks ago. Why had she gone? She thought hard, but it was all a blank.
(To be continued . . . )

The wonderful illustration accompanying this chapter was done by Elizabeth Zunon, who is the creator of all the illustrations in the book, including the cover. Liz kindly gave me permission to reproduce the image for your enjoyment. Liz is the illustrator for at least nine children’s books. You can read about her and see many of her illustrations on her website at www.Lizzunon.com.

This brings up something I think you’ll find interesting, and that is how an author and an illustrator end up on the same project. For most children’s books (including picture books), the author submits the text and then the publisher chooses the illustrator. In many cases, the author and the illustrator never have any contact with each other. Our situation is both similar and different from the usual scenario.

First, I created the story. Then I sought out an agent (Marie Brown, who I’ll talk about in a subsequent blog post). Once Marie landed a contract with Seven Stories Press/Triangle Square Books for Young Readers, she and I discussed the possibility of the press having an illustrator. I think that many of you know that often for Middle Grade novels, there are no illustrations. We hoped there might be, and we talked about some of the aspects we considered important for an illustrator of Martha’s story. Marie shared these ideas with Dan Simon, the President of Seven Stories, and he went on the search for an illustrator who could capture the look and feel of Martha and Jake’s story. And, dear Reader, Dan nailed it! He identified Liz and contacted her through her agent. Liz asked to read the manuscript, liked what she saw, and accepted the assignment. Marie and I saw a few of her initial drawings and knew that she was the right person for the job. After that, we didn’t see any of the others until the illustrations were incorporated into the final page proofs. 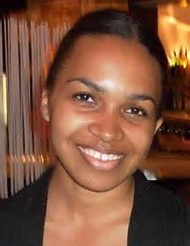 Unlike many authors, I reached out to Liz early on in the process, offering her any information she might like to know about the historical context or my thoughts on the story. I also offered to stay out of her way if that was what she preferred. We then went our separate ways. After seeing all of the illustrations, I contacted Liz again to thank her for her wonderful work. It was then we began talking about meeting up and even planning some events together. This is all in its beginning phases, so I don’t have more to add about that at this time. But I did attend Liz’z book reading of The Legendary Miss Lena Horne at Greenlight Book Store in Brooklyn, NY and had a wonderful chat with her. We both share a love of history and a desire to share historical stories with children.

Martha and Jake’s story has slowly developed from a story that grew out of my brain to one that has a team of people dedicated to sharing stories with children. I picture it something like this:

Me
Me + an agent (Marie Brown)
Me + Marie + a publisher (Seven Stories/Triangle Square, especially Dan Simon and Ruth Weiner)
Me + Marie + Seven Stories + an illustrator (Elizabeth Zunon)
Next month, I’ll continue building the team so you can see how an idea becomes a book.
Until next month. . .